Sammy Gyamfi’s job as the National Communication Officer (NCO) for the opposition National Democratic Congress (NDC) is under threat as one leading member of the party in the Volta Region has expressed interest to contest for the position in their forthcoming internal elections.

The aspirant, Kwasi Godwin Ametowogo has vowed to unseat Mr Gyamfi for the NDC’s Communications Job in the party’s impending national delegate conference to elect new national officers to lead them.

Mr Sammy Gyamfi, a Lawyer by training, was elected as the NCO of the National Democratic Congress at its national delegate conference in November 2018 at the Accra International Trade Fair Centre.

He beat off competition from Fred Agbenyo, pulling off 6,225 votes as against the latter’s 2,069 votes.

Prior to being elected in 2018, Mr Gyamfi was the Communications Director for Exton Cubic Mining Group, a company owned by Ibrahim Mahama, brother of the former President John Dramani Mahama.

He has, since assuming the role as Communication for the NDC, won the hearts and minds of many grassroots of the party who have demanded for him to be retained unopposed.

He also became a torn in the flesh for communicators of the ruling New Patriotic Party (NPP) with many crumbling to his communications prowess and assertiveness.

Although he appears to stand shoulders above anyone in the NDC’s communications, Mr Ametowogo says he is unfazed and will defeat him in the coming primaries slated November this year.

Mr Ametowogo says he is coming to manage the NDC’s communication with respect and proper coordination for victory 2024. 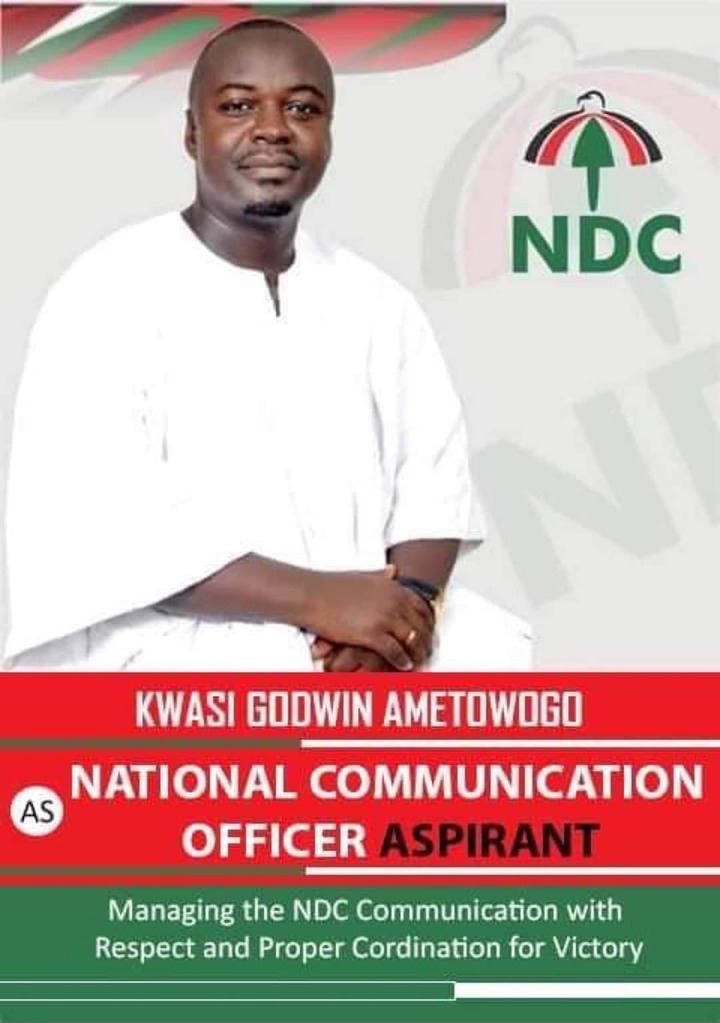