The culture of silence tag on Akufo Addo’s government seems to defied as Saddick Adams popularly known as Sports Obama lashed out at the government for bringing hardship on Ghanaians.

This government has been heavily criticized for clamping down on those who criticizes them, thus the media personalities and stakeholders.

The Angel Fm sports broadcaster talked about the rise in cost of living, frequent power outages and shortage of water in some places.

According to the celebrated sports journalist, he criticized the Mahama government over same things and over 5 years, the same problems persist.

He then posted a screenshot of a post he made on May 1, 2015, Workers Day, to attack the then government on hardship in the country.

Saddick Adams then made an emphatic statement that his life is worse under the Akufo-Addo government.

When will salaries of the ordinary worker be increased to be able to cope with the rising cost of living? 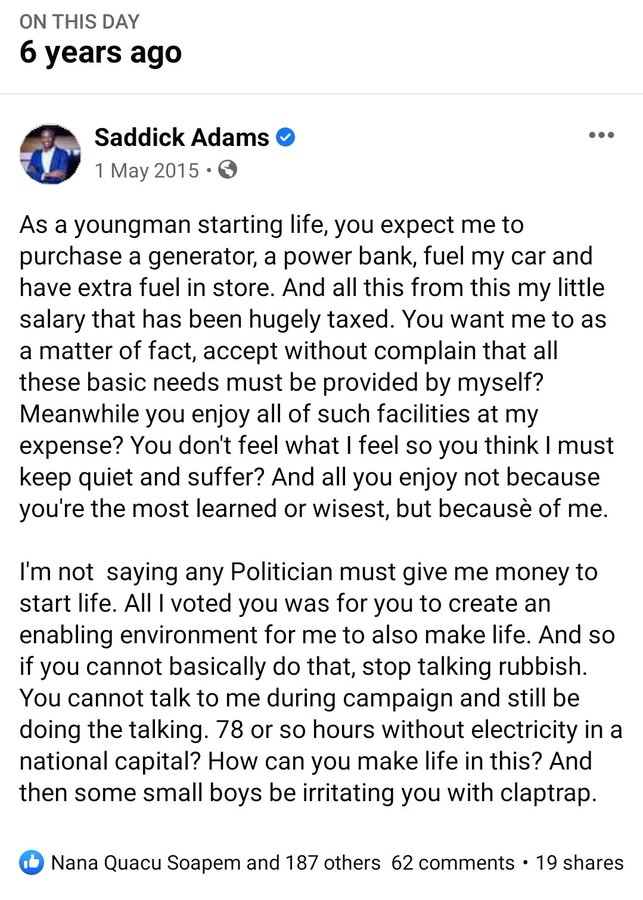