For the 8th time, Ghanaians will be provided with an opportunity to exercise their franchise once again to vote and elect their new president.

In exactly two weeks’ time, that decision will be made and the good people of Ghana will know who will be leading them for the next four years. Both the NDC and NPP are very determined to win the upcoming elections.

This particular election is an election between two great candidates who are all fighting seriously towards a second term.

President Akufo Addo is asking Ghanaians for four more years to do more for them. Meanwhile, Former President John Mahama is also on a return to the Flagstaff house. According to him, the country is sinking and it needs to be rescued immediately.

John Mahama is currently in the Asante region selling out his message of hope to the people.

The Asante region happens to be the stronghold of the ruling New Patriotic Party and the NDC are hoping to get some meaningful votes in the region in order to help them win the December 7th elections.

The NPP has always dominated the region since 1992 with the NDC only getting a few votes there. But like other major elections beacons, the NDC are fighting hard to change the story in the Asante region.

The flagbeerer of the NDC, John Mahama was in the Asawase constituency yesterday to interact with the people on some key policies that the NDC intends to carry out when given the opportunity to rule this country again.

It was such a massive reception in Asawase yesterday as thousands of residents showed up to give John Mahama a rousing welcome.

It was such a great moment and the crowd really cheered him up as they demonstrate their support and love for him.

According to the people, it is time for change to bring the NDC back to power again.

They described how disappointed they are in the current Nana Akufo Addo government.

However, the NDC flagbeerer assured them of a better Ghana in his next government.

A government that will create opportunities for all and not only a selected few.

He also took time to educate the people on the right way to cast their ballots come December 7th.

He told them to be careful and follow the right steps to avoid any problems at the polls.

John Mahama assured them they are optimistic of victory in the upcoming elections and hence they should not give. 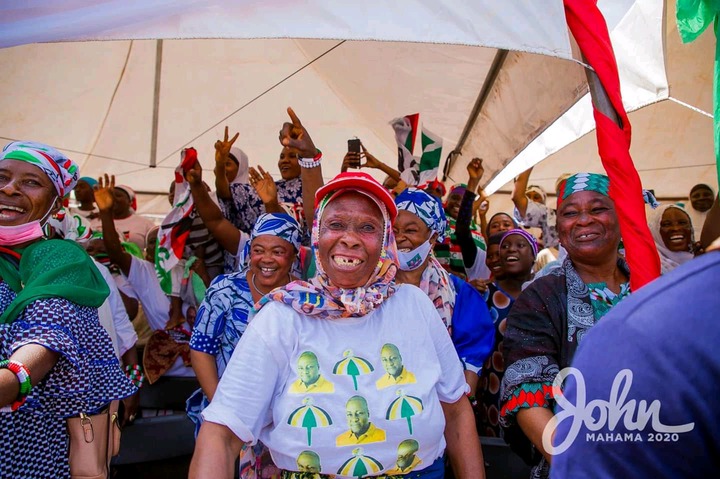 Supporters of National Democratic Congress’ (NDC) in the Tema East Constituency on Tuesday, December 1, 2020 embarked on a demonstration Read more

Following the detention of the parliamentary candidate, Isaac Ashai Odamtten, after failing to meet a bail bond slapped on him Read more