Following reports of illegal mining activities on the Offin River in the Western Region as a result of improved reporting mechanisms, the Deputy Minister of Lands and Natural Resources in charge of Mines, Hon. George Mireku Duker on Tuesday, August 16 2022 in the company of Military officers of the Operation Halt II stormed the site where the activities have been ongoing to decimate equipment and tools being used by the illegal miners.

In an operation aimed at reminding the illegal miners of government’s uncompromising and unshakeable stance against illegal mining, Hon. Mireku Duker, the Chief Executive Officer of the Minerals Commission, Mr. Martin Ayisi and the team of military officers seized and decommissioned over 838 changfan machines.

After receiving detailed briefing from the Commander of the Military team, Brigadier Amoah Ayisi on operations made so far by his team since Sunday, when they moved to the site, Hon. Mireku Duker warned that government will not take its feet off the pedal until the canker of galamsey is nipped in the bud.

Hon. Duker assured that all waterbodies in the country will enjoy permanent protection from the personnel of the Ghana Armed Officers.

He said the Ministry of Lands and Natural Resources and the Minerals Commission is aware of the complex nature of the galamsey war but is not fazed as it has the total support of President Akufo-Addo and Ghanaians to protect the country’s waterbodies.

“It is sad that people are mining in a river body without any shred of responsibility of being a Ghanaian. I want to commend the military for all the work they’ve done. So far they have burnt over 900 equipment and it shows the incredible work they’ve done,” he said.

He stated that the new measures announced by the Minerals Commission which details the permanent patrolling of the waterbodies by the Operation Halt III team will go a long in helping the government eradicate illegal mining.

See also  What A World!: Shocking As Wife Catches Husband Doing It With Daughter On Their Bed -[Check More Details]

At a press conference on Sunday, August 14th, 2022 the CEO of Minerals Commission announced that personnel from the Ghana Armed Forces will be deployed on major rivers in the country to deal with galamsey. 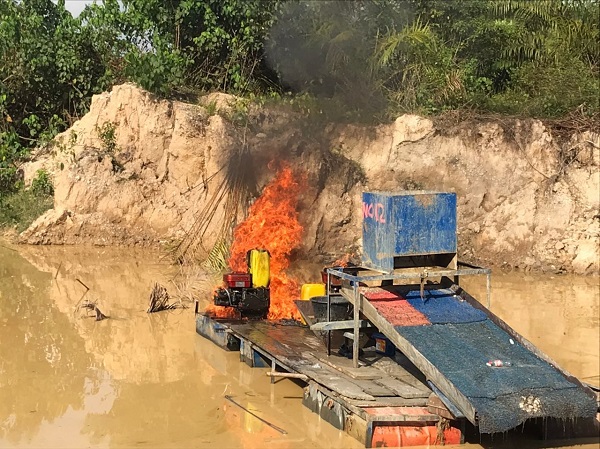 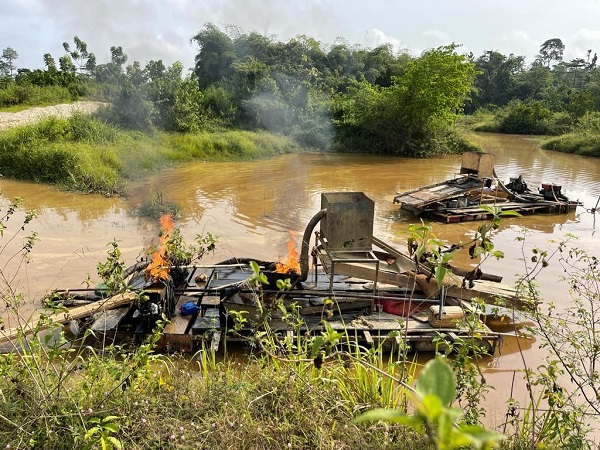