The current Archbishop of Tamale, Most Reverend Philip Naameh, who confirmed his death to the Apostolic Nuncio to Ghana in a letter dated May 31, 2022, indicated that he died at the Tamale Teaching Hospital.

The announcement sighted by MyNewsGh.com reads:

“It is with deep sorrow that I announce to you the demise of Most Rev. Gregory E Kpiebaya, Archbishop Emeritus of Tamale. This sad event happened in the early hours of this morning 31st May 2022 at the Tamale Teaching Hospital.

“I commend to your prayers the peaceful repose of his soul.

“The Funeral and burial arrangements will be announced later.” 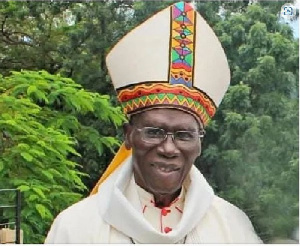